Edge Computing? What’s that then?

Our world has been constantly changing for the longest time but the speed of change when it comes to technology can take your breath away and with billions of devices connected to the Internet, the question of how they are all managed and how they talk to each other can feel like trying to answer the question how big is space! The question is: how are we going to manage all these devices? How are they going to communicate with one another? And what does this mean for us as individuals and as an industry? Hopefully what follows is a bit of background on what is already a big part of our daily lives even if we don’t fully realise it.

What is edge computing?

So, what is edge computing?

Edge computing refers to the use of ‘local’ resources, such as data storage and processing at the point where the data is collected. This can be in a device (such as a smartphone), or it can be a location close to where you are using that device (for example, within a town or city). The term “edge” refers to this boundary between your ‘local’ resource and other parts of the world wide web. A bit like when you go from one Post Code/Zip Code into others.

Cloud computing, fog computing (yes it’s a thing!) and edge computing are all different types of distributed (sharing) systems; they all involve multiple computers working together in some way.

They each have different characteristics, advantages and ways to be used.

Before we dive into the edge (and fog), let’s back up a bit and ask another question; What’s a distributed system? You might feel like you are falling down the rabbit hole in Alice in Wonderland but bear with me, we’ll have our little ‘side chat’ about distributed systems now and then get we’ll get back to the edge 🙂

First, let’s think about what the word ‘distributed’ means. It means ‘shared about’ essentially.

Go back to the 60’s and we had a main big cheese computer, the ‘main frame’ that all terminals would connect to. In the 70’s, along with flares and platform shoes, came computers all working in little groups together sharing the work of processing data. They all kept themselves to themselves but when they found a way that one group of computers could talk to other groups of computers and the cost of doing that became less massively expensive over time, the foundation of what we now know from the 90’s onwards as the Internet came into being (Arpanet if you fancy Googling it).

All sorts of other fancy stuff happened in the 90’s and noughties but essentially we have been on a cyclical journey of;

I can’t talk more about edge computing I feel without talking about the ‘fog’ computing mentioned earlier. So, here’s an analogy for you. You’ve got the ground we stand on and then up in the sky you have clouds. Clouds that are much nearer the ground we refer to as…..fog. Which is the meteorological term for a cloud close to the ground.

Here’s an image I found online that I think represents the Edge/Fog/Cloud relationship really well courtesy of a company called https://www.pubnub.com/ I’ve never heard of them before, but they seem to do some really cool stuff. Anyhoo…  ,

Where can I find edge computing?

Edge computing is used in the IoT (Internet of Things), smart cities, smart homes and smart factories. The term IoP (Internet of People) lives on the Edge too. That’s not lots of people standing around in groups passing information to each other but it means things like your Fitbits etc or other wearable technology that gathers data from sensors connected to the body that monitors people’s health and wellbeing as they go about their daily lives (your health monitors aren’t 100% accurate but that is a topic in itself for another blog post!).

Edge computing is not just confined to collecting data though; it also plays an important role in how businesses process this data by sending it back to the cloud for analysis or storage before sending instructions back down again.

Why should I care about edge computing?

Lots of reasons but the main one for me as with anything really is that the more you understand something the more you can use it in a way that works best for you and the less those with let’s say not the best of intentions, can exploit your lack of understanding to get you to use the technology in a way that might be detrimental to you but benefit them. Knowledge is power and all that.

Hope you enjoyed this post, if you did get in touch, it would be great to know what you think 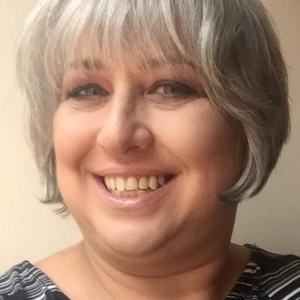